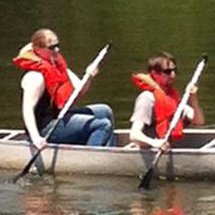 Weight loss journeys come with plateaus; they happen, and it’s just part of the process. But, whenever I hit a plateau, I start questioning myself. I start feeling trapped again… like I’ll never move past that hurdle, and like I’m going to fail. And THIS TIME it will be a very public failure because I’ve blabbed to so many people about my weight loss attempts.

I’m going to confess that after a few months of just completely stalling out, my first instinct was to go back to my old way of thinking and under eat. I was really angry at Weight Watchers for a couple of weeks because I felt like it was failing me. Since I began Weight Watchers, I thought I had discovered a way to lose weight without starving…and now it just wasn’t working anymore. And even my Weight Watchers leader seemed to be telling me to eat less (which, for me, immediately turned into “you need to eat WAY less,” but she never said that…).

(This picture was taken during a time in college when I starved myself down 20 pounds in 2 weeks. I remember it well. And then, of course, I gained it all back plus some. You know what they say…if you always do what you’ve always done, you’ll always get what you’ve always got)

Busting through a plateau (both the physical and mental kind) always requires that I experience some level of discomfort. It requires change, and I resist change. See, I went to talk to my Weight Watchers friends about my plateau, and this is basically how the conversation went:

Me: I’m sick of being stuck and I’m seriously thinking about under-eating to bust out of the 170s because it has worked in the past and it’s all I know to do! Even my leader says I should eat less! I feel like I’ve been totally lied to because Weight Watchers is all about not under-eating to lose weight. I feel like I’ve basically been told “haha just kidding – WW only works to a point; now you need to starve again.”

Them: Under eating doesn’t work long-term. If what you’re doing isn’t working, then you need to try something new.

Me: Nyeeeh! I don’t wanna listen to your rationalities! I’m doing it right and not getting results.

Them: Actually, you could just try lowering your Daily Points down to 26 like Weight Watchers allows you to do and maybe watching your processed foods and carbs ‘cus you’ve been eating bread at every single meal for like…3 weeks now.

Them: You could try…

Them: ….Which do you want more: 3 meals of bread per day or to lose weight? 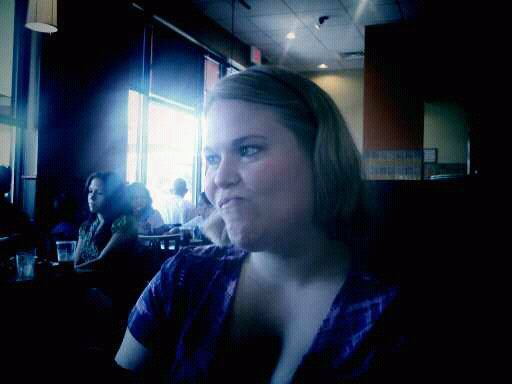 And so I eventually committed to trying their very smart idea of dropping my daily points to 26 (the lowest allowed by Weight Watchers), still eating ALL of my weekly points (the extra points Weight Watchers allows each week), and limiting my carby meals to once per day. I have been sticking to this commitment for 2 weeks now…

It has been uncomfortable at times.

It has not been easy.

I also re-learned one of the most valuable lessons a person can learn: Sometimes, I Am Wrong.

Have I given up bread and carbs completely? Of course not! I had the best bagel I’ve ever eaten in my LIFE last weekend (Bagel Café in Herndon guys…you gotta try it), and I still lost 1.2lb at my next weigh in. I’m just being more mindful of what I eat.

So begins week 3 of the commitment… will I get into the 160s in time for my vacation in August? It’s only a few weeks away!

Well, I don’t know. But, I do know that I will get there someday as long as I’m open to accepting advice from the wise and awesome people who are on their own journeys right alongside me. They always get me through in the end.

All Posts by Month